This will be my last posting on historic images from Kahnawake. After this I'll be getting back into beadwork. This particular group are all people from Kahnawake. Some are identified, some are not. Feel free to leave a comment if you can identify any of these individuals.
This first image is a circa 1905 printed postcard of Big John Canadien and Baptiste Taiaiake. Both were Caughnawaga river boat pilots that were famed for navigating the Lachine Rapids along the St. Lawrence River. 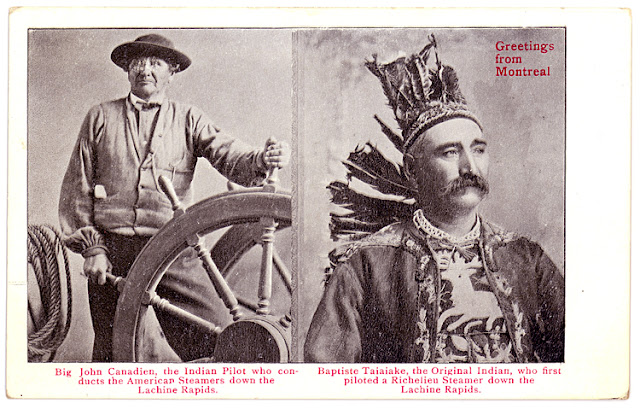 Circa 1910 real photo postcard. The text on the card is self-explanatory. 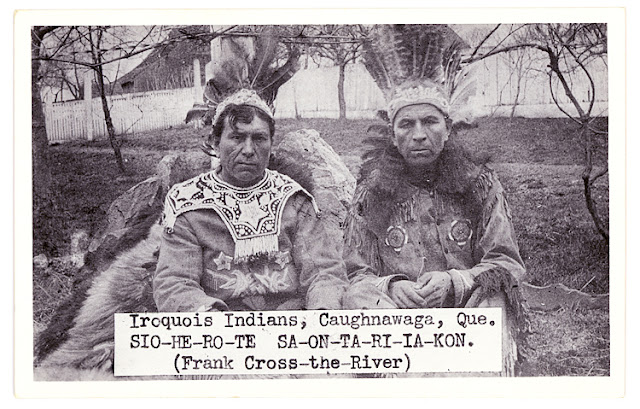 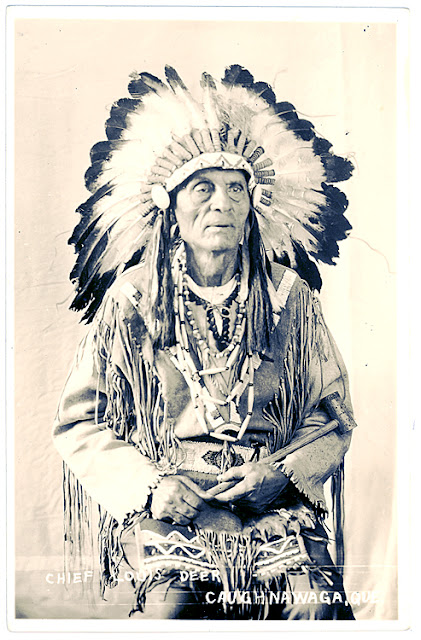 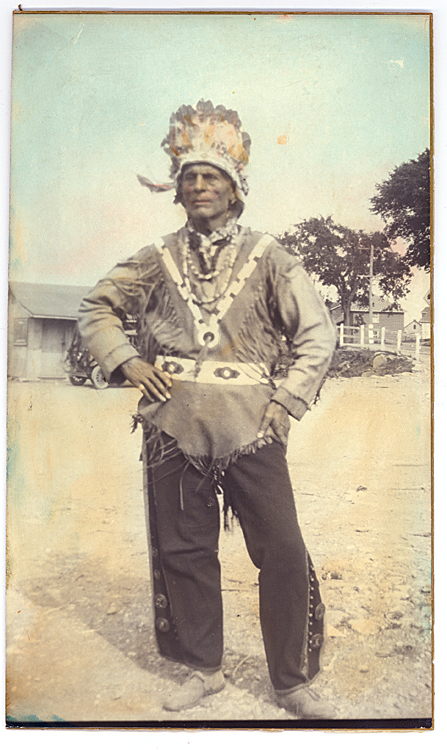 Another image of Chief Lewis Deer. This hand colored image is 6 x 10 inches. Text on the back identifies him by name and additionally says: August 29, 1929 - On our way to the locks - Caughnawaga Indian.


This is a 7 x 9 inch press photo dated Feb. 3, 1932 by the Canadian National Railways.The caption reads: Indian of Caughnawaga, near Montreal. 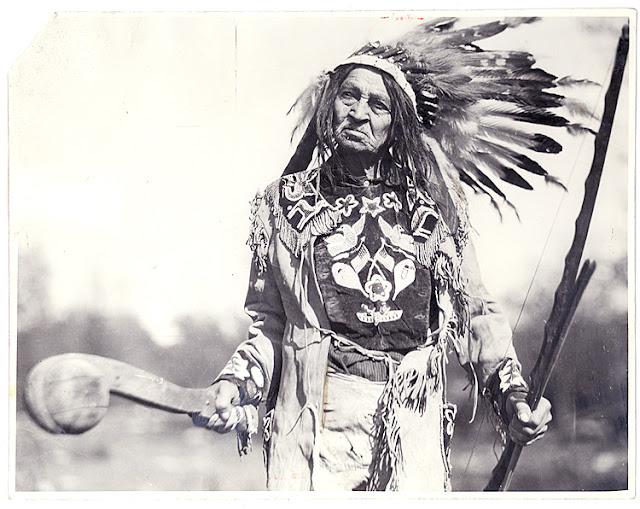 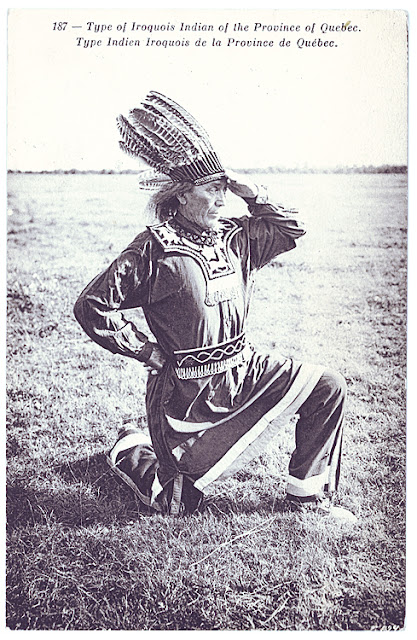 A circa 1910 printed postcard of a Mohawk gentleman. No other identifying information provided.


This appears to be the same elder gentleman  in this circa 1910 printed postcard. No other identifying information provided. 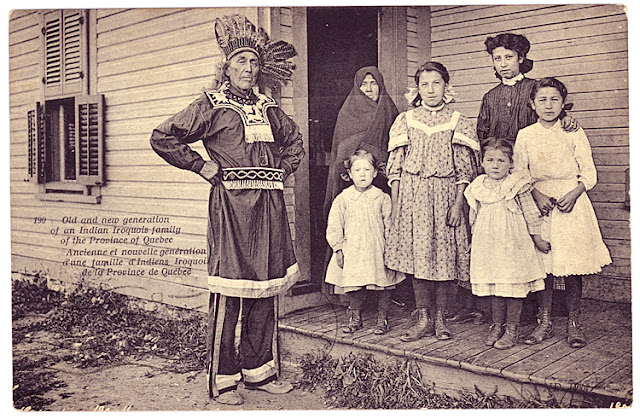 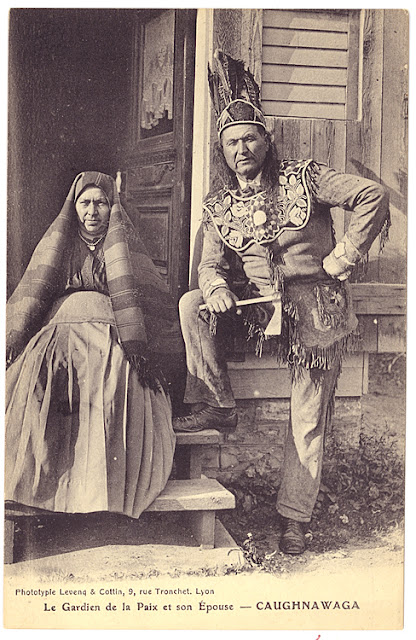 A Mohawk couple from Caughnawaga in this circa 1910 printed postcard. No other identifying information provided. 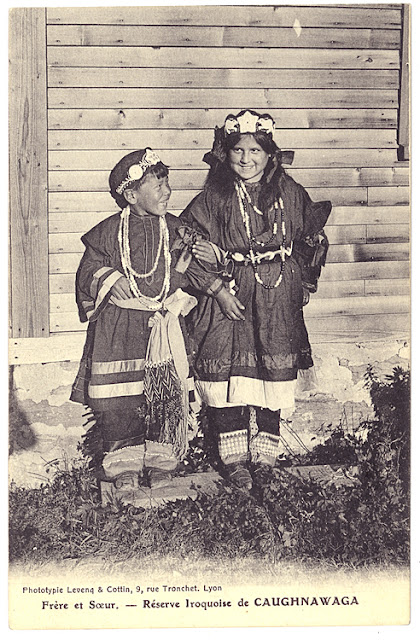 A circa 1910 printed postcard of a Mohawk brother and sister. No other identifying information provided. 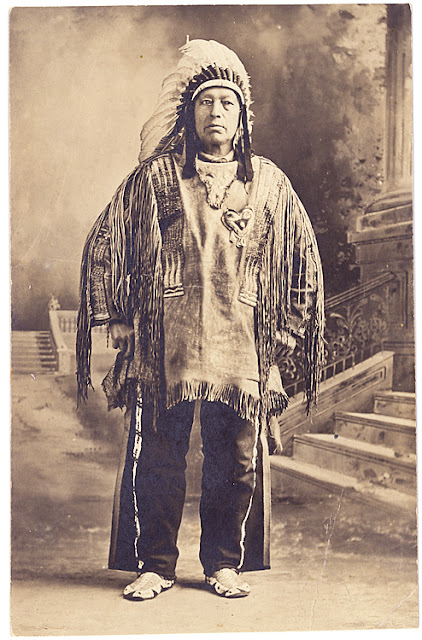 Circa 1910 real photo postcard. This individual is identified on the back as: "Big Bear, Iroquois tribe, Caughnawaga, Canada." His Plains Indian attire suggest he may have been involved in the Wild West Shows. He is wearing a heart shaped piece of fancy Mohawk beadwork on his shirt. 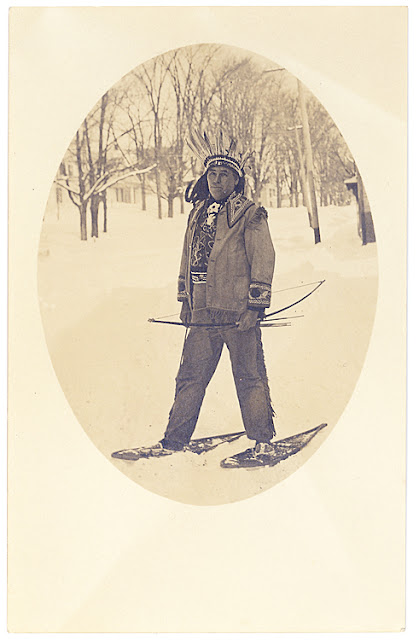 This is another real photo postcard of Big Bear. This time he is dressed in more traditional Mohawk attire for the period. Circa 1912. 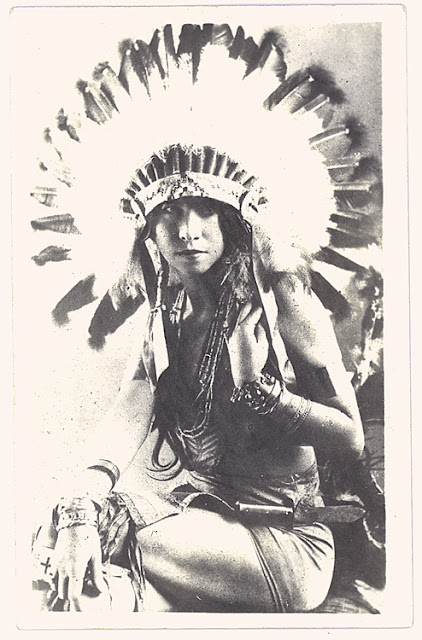 This real photo postcard is of Esther Deer, also known as Princess White Deer. She was a dancer from Kahnawake who achieved fame on Broadway and Paris during the 1920s and she also starred in the Ziegfeld Follies.
Posted by Iroquois and Wabanaki Beadwork at 7:52 PM