You can always see more historic Iroquois and Wabanaki beadwork on my website.
Made of Thunder, Made of Glass: American Indian Beadwork of the Northeast


This first image, from the research files of the Iroquois Museum, Howes Cave, New York is identified as Mohawk from Caughnawaga, circa 1860. The small beaded bag below the image is a similar example. 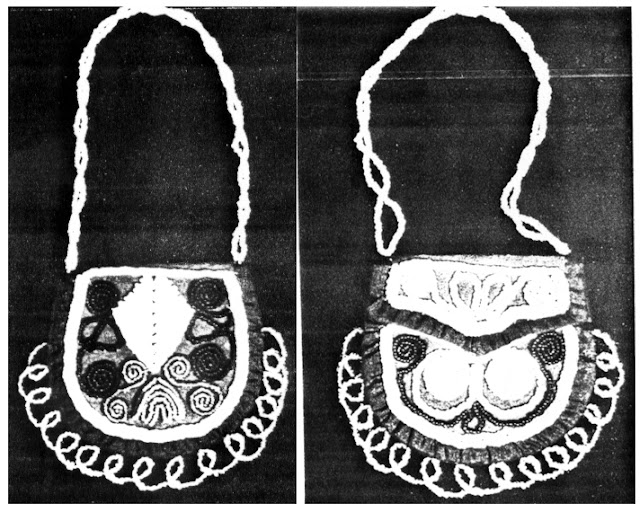 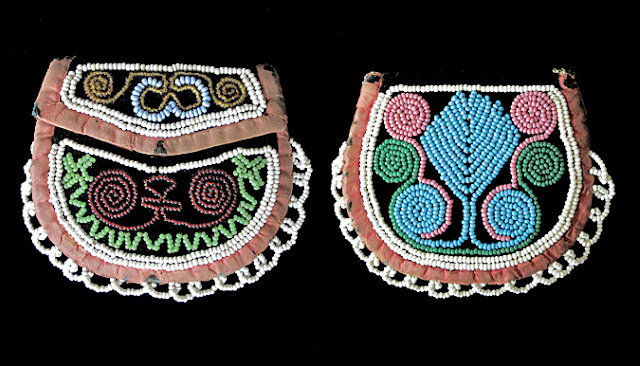 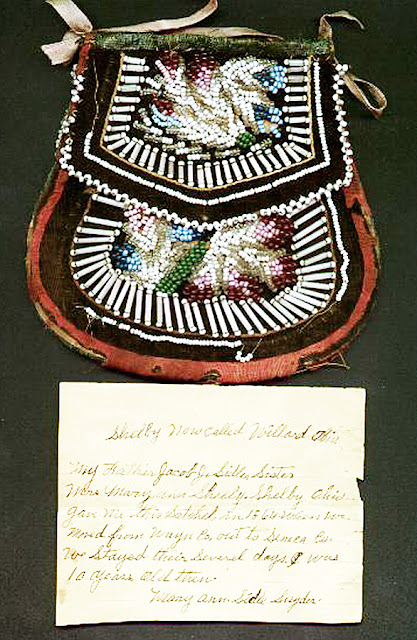 The note on this late Niagara floral style bags reads as follows: “Shelby, now called Willard, Ohio. My father Jacob J. Sidles sister, Mrs. Mary Anne Shedy, Selby, Ohio gave me this satchel in 1864 when we moved from Wayne Co. out to Seneca Co. We stayed there several days. I was ten years old then. Mary Ann Sidle Snyder.”

The following Tuscarora sewing wallet has an interesting provenance. The note reads: “Purchased at the Capitol, Washington, DC in the Senate Wing. December 12, 1865.” 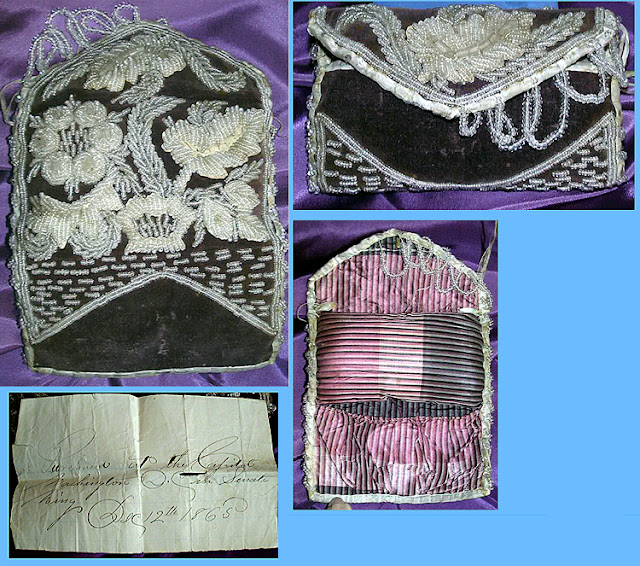 Carte-de-Visite of an actress dressed in Indian attire. 4 inches high by 2.5 inches wide.  She is wearing a Haudenosaunee beaded bag with elongated leaf clusters. This image was part of a larger group of CDVs by the same photographer that featured theatrical actors. The photographers’ blind stamp on the back says Reiterman, Toledo, Ohio, June 1, 1865. 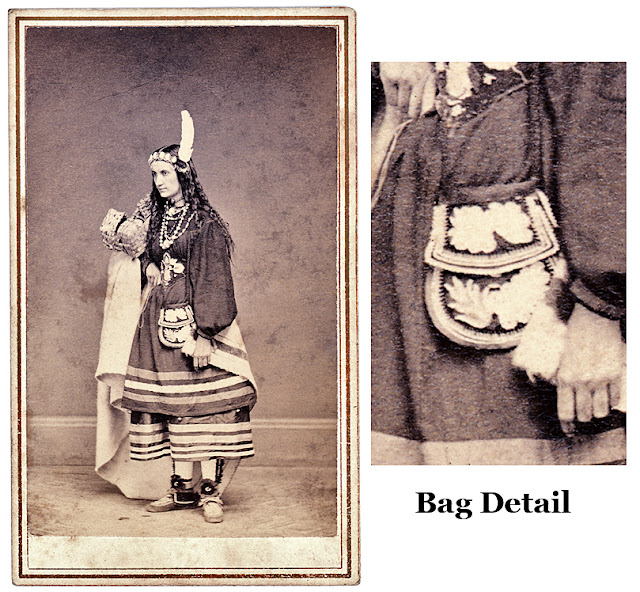 Below is one panel from a stereo view titled “Tuscarora Squaws – Luna Island – Niagara.”  The Victorian lady on the left is considering the purchase of a “fist purse.” Her dress style helps us to date this image as well as the others in the series. The large bustle of her dress, gathered at the back, along with other features, date it between 1868 and 1872. Her hairstyle, with ringlets formed by parting the hair in the center and pulling the side hairs straight back, was very fashionable from 1868 to 1870. Young women who fancied this hairstyle usually wore long earrings as well. So this image dates very close to 1870. Photographer: George Barker, Niagara Falls, NY. 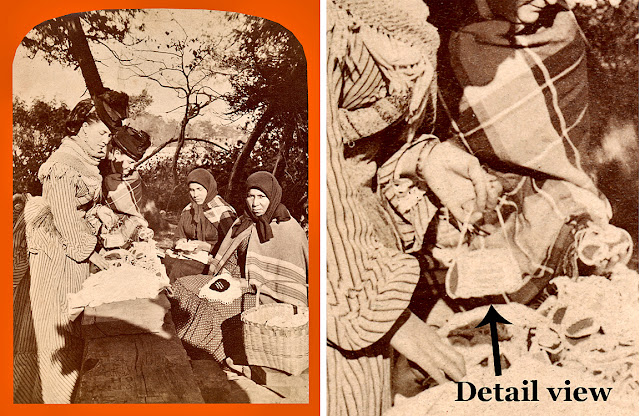 There were two notes inside this “Tuscarora fist purse” (similar to the one in the previous stereoview) that were handwritten by a 93 year old woman who once owned the bag.  The first note is sewn into the lining and reads: "From Grandmother Miller when I was a child.  Nettie."  The second note, written in the same handwriting reads: "My grandmother gave me this needle book when I was seven years old - she purchased it in 1871." 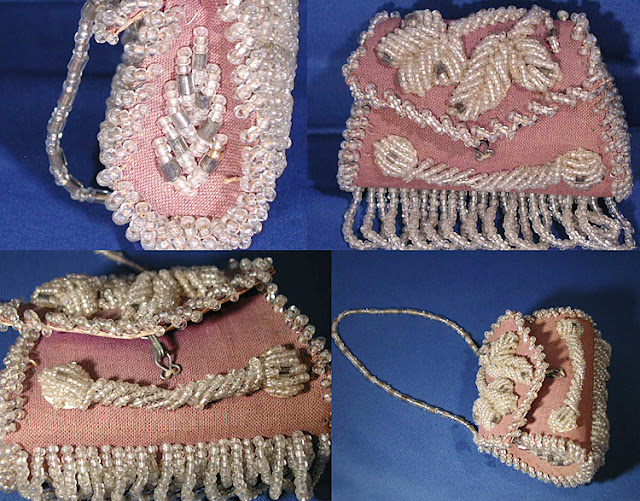 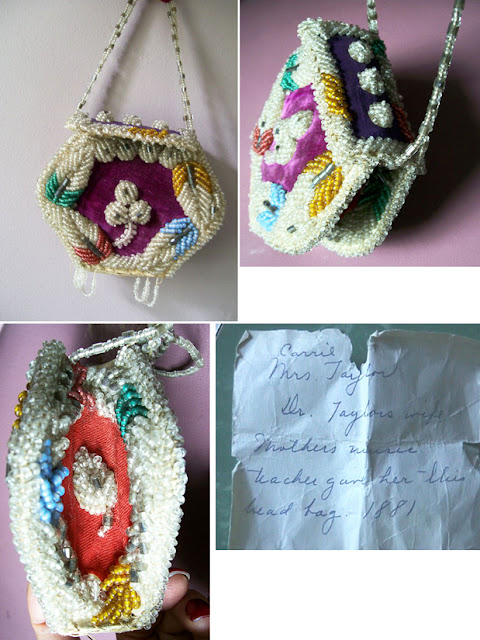 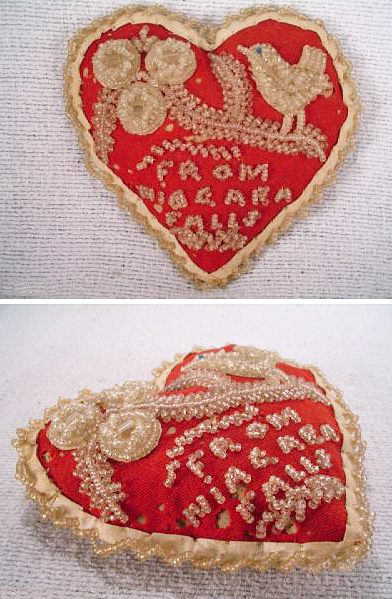 This pincushion has an inscription on the back indicating it was purchased at Niagara Falls in 1883. Likely Tuscarora.

A handwritten note on the inside flap of this next bag reads: "Jennie – Made by Indians about 1885." 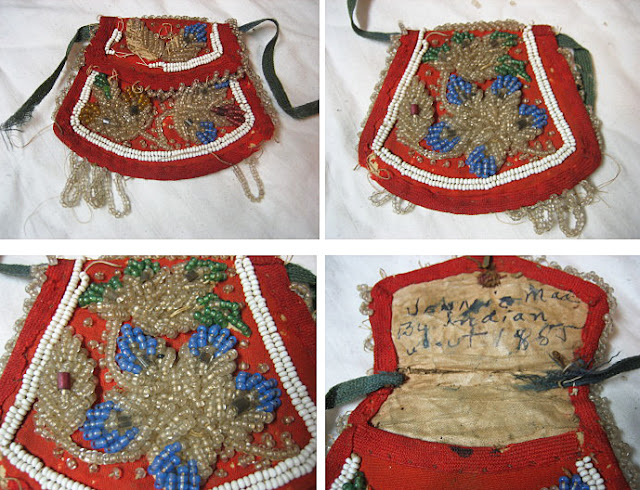 A figural bag from the collection of the Oneida Indian Nation, Oneida, New York dated 1888 in beads. Seneca or Tuscarora. 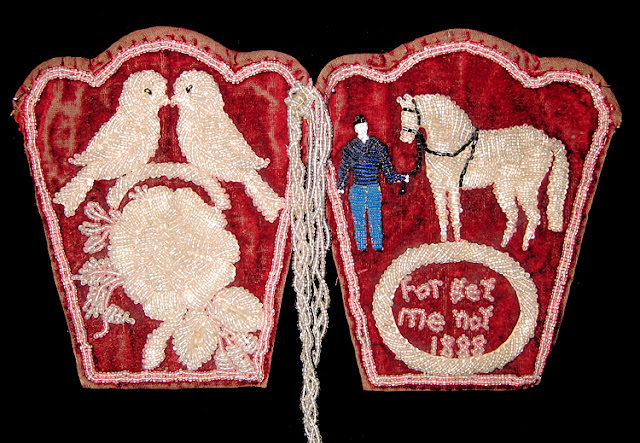 Beaded Bag, Haudenosaunee type, likely Mohawk. Glass beads sewn onto a hot pink cotton fabric. The edging is beaded in a spiral weave. 7.9 inches high (not including the fringe) by 7.9 inches wide.  Dated 1915 in beads. A design with horse and rider carrying the Union Jack. 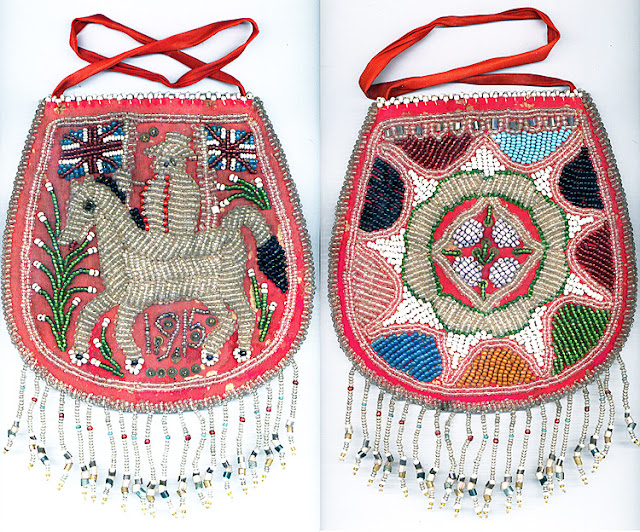 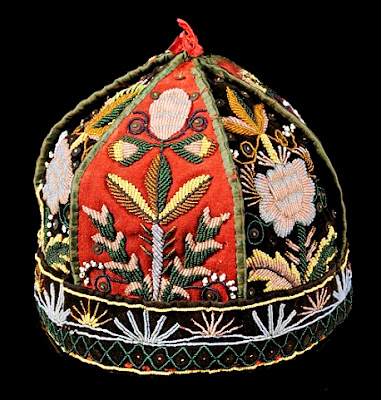 A nice, early hat offered for sale at a recent Skinners Auction, in Boston. No date (but looks to be from the 1840s). The provenance with this piece indicated it was acquired at the Six Nations Reserve, in Brantford, Ontario.

The final entry is a Glengarry hat from the collection of the Rochester Museum and Science Center. Not dated but looks to be from the mid-nineteenth century. An old note with the hat indicates it was collected at the Tonawanda (Seneca) Reservation in Western, New York.  Item number: 94.57.1 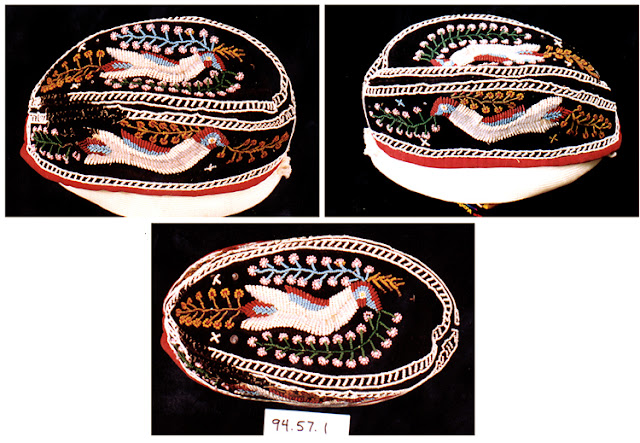 Posted by Iroquois and Wabanaki Beadwork at 4:29 PM