This first group of images is of Haudenosaunee people. The common feature here is the large beaded bag that they are wearing. These bags are quite rare and were likely made for personal use and not to be sold as souvenirs. 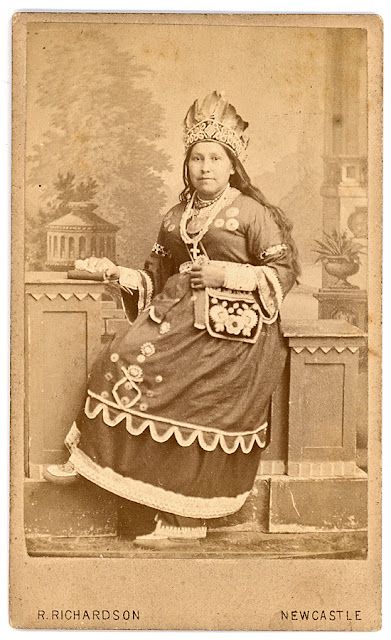 Circa 1870s CDV photograph of a young woman, possibly Haudenosaunee, with a beautifully beaded bandolier bag. This image was taken in England so she may have been travelling with a Wild West show or an entertainment group as both were popular during this period. The next image is of a different woman, possibly this woman's mother, who is wearing the same hat and bag. 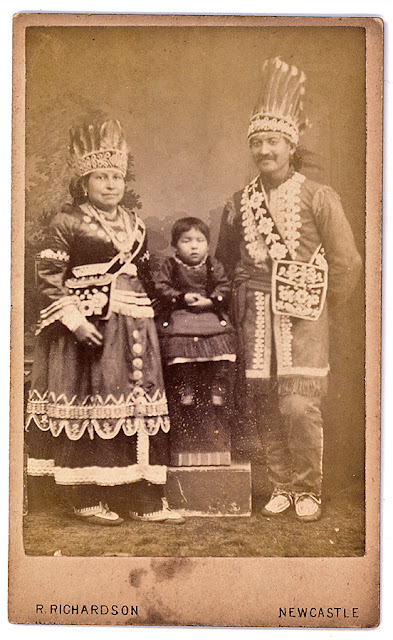 Circa 1870s CDV image of a family, possibly Haudenosaunee, wearing outstanding examples of Iroquois beadwork. Both wear  Haudenosaunee bandolier bags. This image was taken in England. 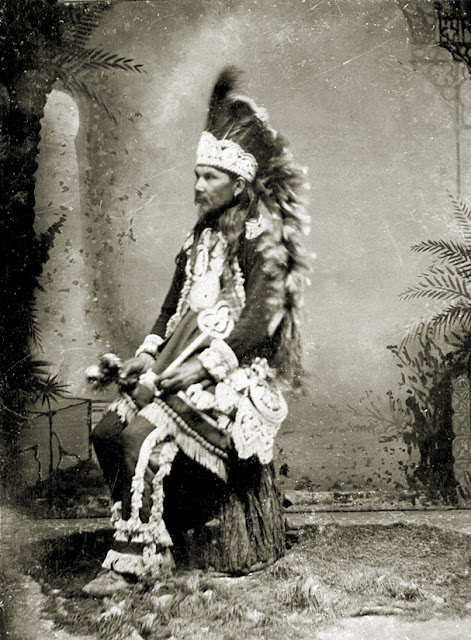 1870s tintype of a Haudenosaunee wearing a large bandolier bag that is similar stylistically to the ones pictured above. 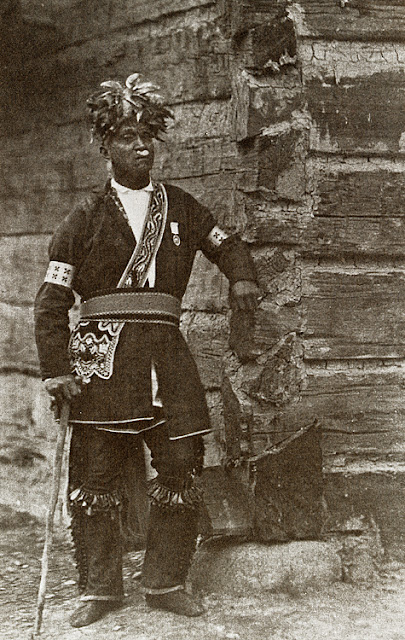 1870s albumen photograph of Solomon O'Bail (1814-1899), a Seneca and grandson of Cornplanter. He is also wearing a large, Haudenosaunee bandolier bag. 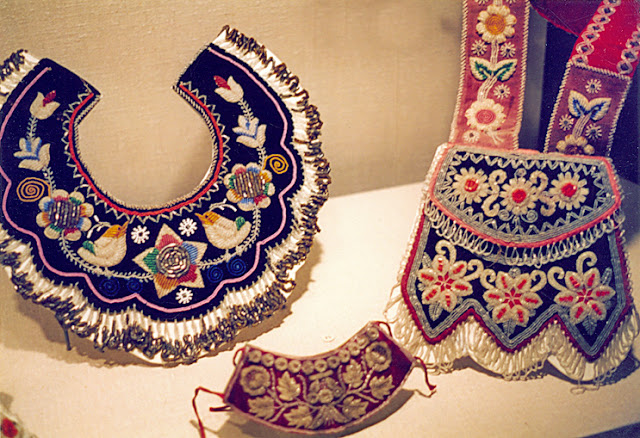 A late 19th century beaded collar and a bandolier bag identified as Iroquois in the Rochester Museum and Science Center. The bandolier bag is stylistically similar to those worn by the subjects in the previous images.

Posted by Iroquois and Wabanaki Beadwork at 12:47 PM