Kahnawake (formally called Caughnawaga) is one of several Mohawk Reserves in Quebec. I've been fortunate, over the years, to acquire a number of  old postcards and historic images that depict various locals in and around Kahnawake and of the people who lived there. I have too many to list in a single posting so will spread it out over three different ones. Most of the images in this first post are of Chief Poking Fire and his Museum at Kahnawake.

This first image is a real photo postcard from the 1940s. It shows the entrance to the palasaded long house village and museum. The photograper was Michel Photo from Montreal. 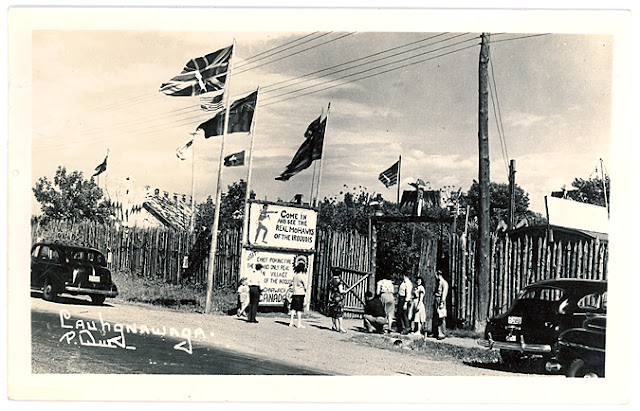 A printed postcard of the village entrance with Chief Poking Fire. 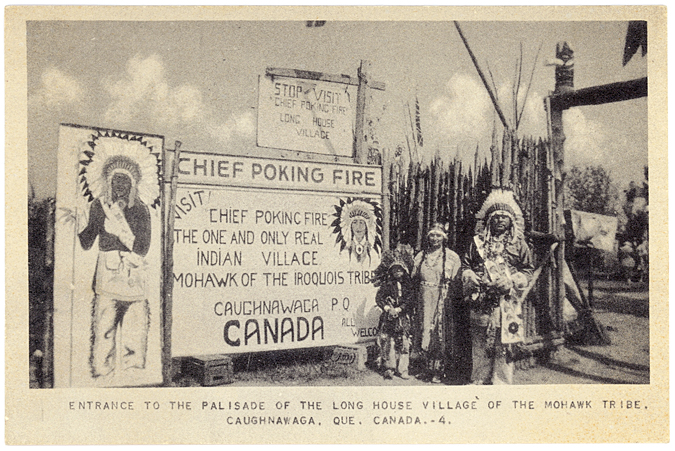 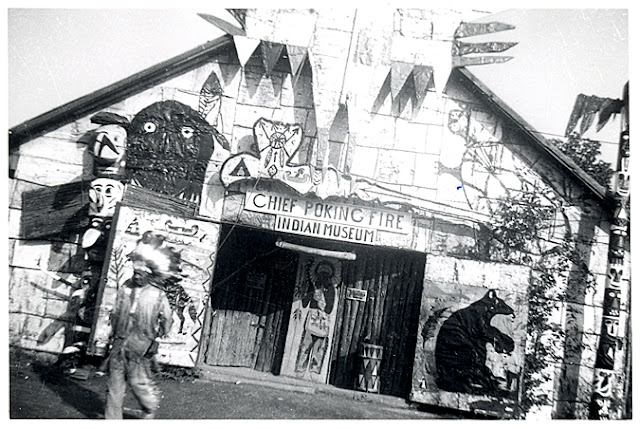 Another real photo post card view of the museum entrance. Circa 1950. 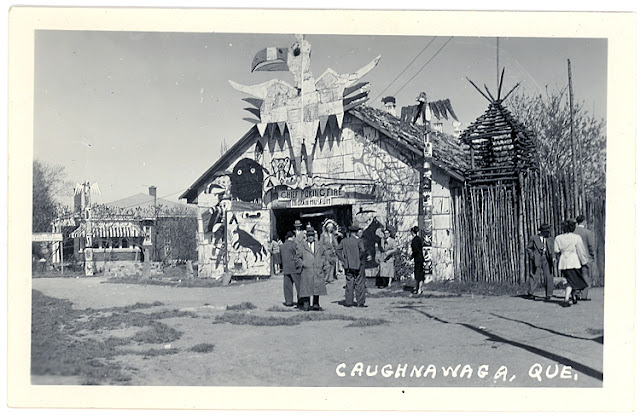 A printed postcard view of the entrance advertising an Indian pageant on August  21-22. No year indicated though likely 1940s. 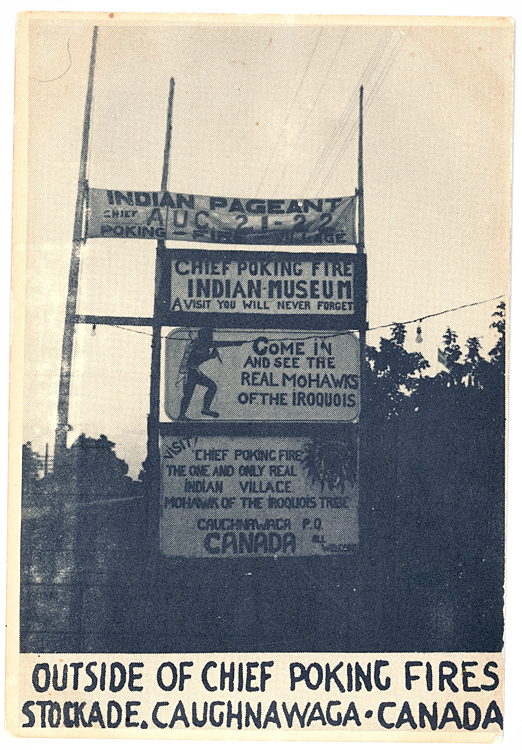 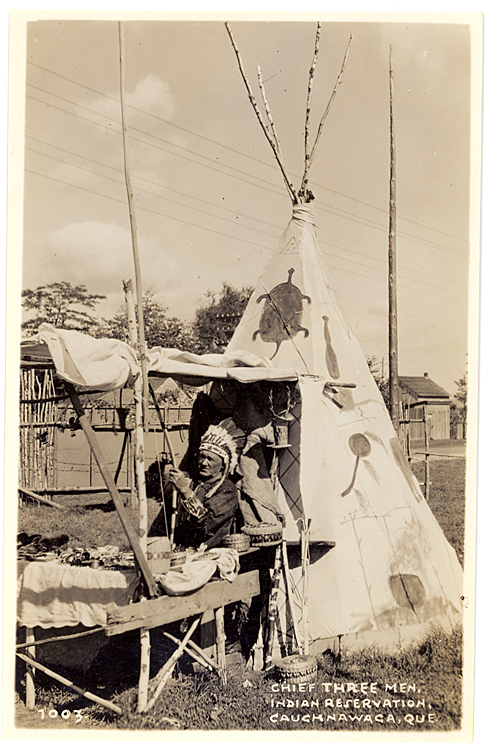 A real photo postcard. Chief Three Men has a nice display of baskets and other handcrafted items on his table. Circa 1940s. 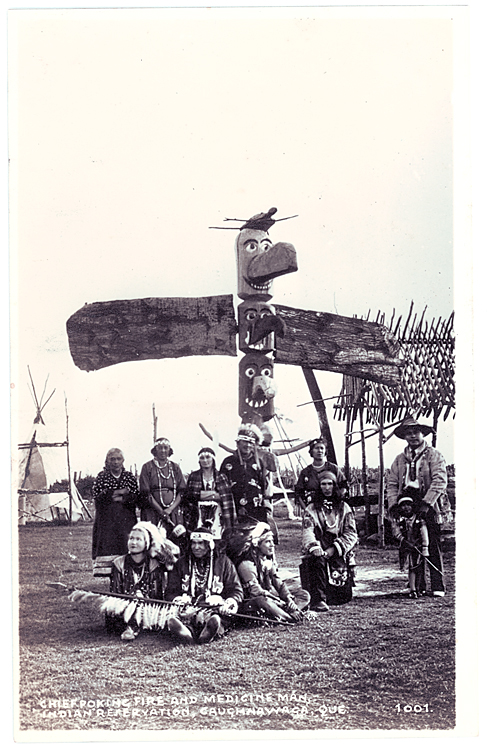 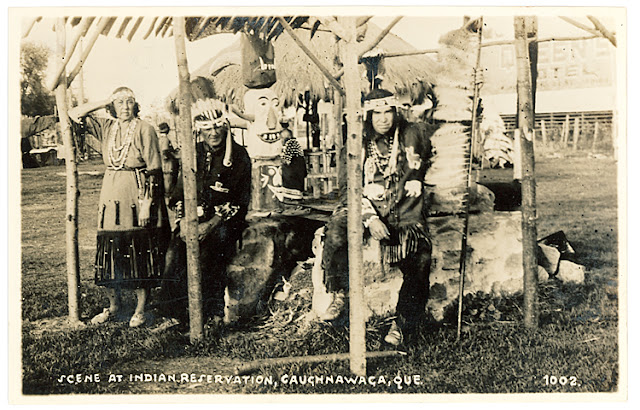 A real photo postcard. Circa 1950. I love the turtle on the top of the totem pole. 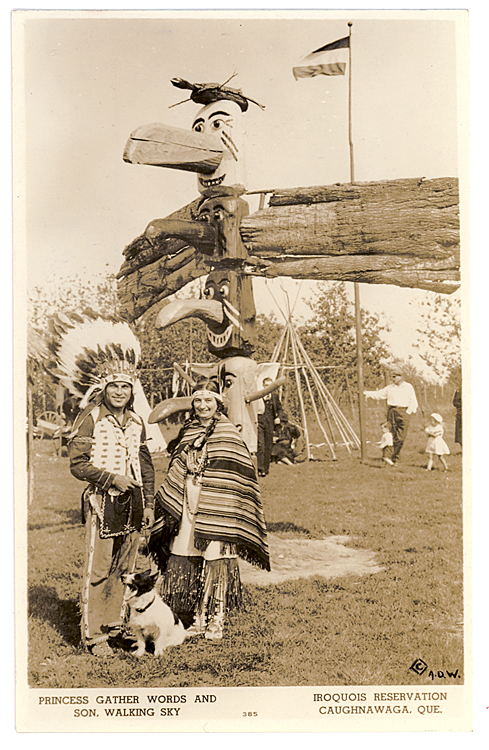 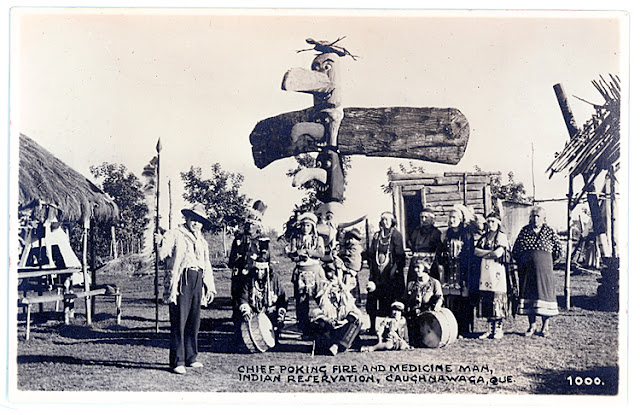 Posted by Iroquois and Wabanaki Beadwork at 5:25 PM